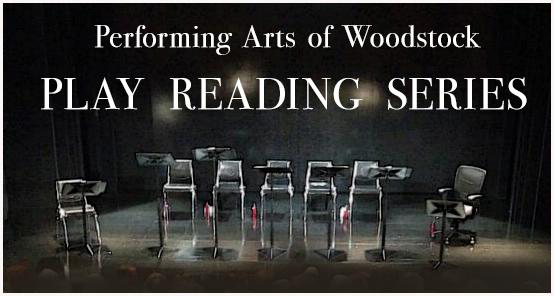 Dear Members and Friends of PAW,

The seasons since our last biennial meeting feel very distant as I write this report. We look forward to COVID 19 control and a return to what we love and do best—excellent theatre in Woodstock.

Our 55th season, 2018-2019, was a normal one. 4 by Ives, by David Ives, directed by Lora Lee Ecobelli, was hilarious and well-received; Arms and the Man by George Bernard Shaw, directed by Ellen Honig with lavish sets by Bod McBroom was our winter show with a strong cast and classic history; The Weir, by Conor McPherson, directed by and starring Warren Kelder featured an award-winning performance by Gloria Mann. All of our productions were presented at Woodstock’s Mescal Hornbeck’s Community Center with fine cooperation from the town.

Besides our three productions, we showed a premiere of the film, La Transazione, written and directed by Lora Lee Ecobelli, to which PAW contributed a monetary donation and some actors. It’s a silent film with original music, set on Ellis Island, filmed in Kingston, with a moving story about immigration.

We also are now sponsoring the Mountain Valley Playwrights’ Lab, led by Karen Rich. Playwrights and actors test scenes from new plays at meetings, when possible, at the Fair St. Reformed Church in Kingston

Another first was a staged reading of Phyllis Wheatley, A Slave to Poetry, an original play by Rod Gill and directed by Dot Penz, about a pre-Revolutionary Boston slave who was sent to meet George III of England because she had learned to read and write poetry.

In the fall of 2020, Edie LeFever directed Nathan Brenowitz and Ryan Palmer in a short video with the assistance of the Woodstock TV station

Our 56th season began normally with the thought provoking The Realistic Joneses by Will Eno, directed by Wallace Norman. Plans for our March production of Tennessee Williams, Suddenly Last Summer, directed by Ellen Honig, with spectacular sets by Sal Tagliarino, executed by Leslie Bender, were cut short by the pandemic one week before opening.

As we all know, theatre is at a standstill. Both Suddenly Last Summer and our production of Jen Silverman’s The Moors, a modern take-off on 19th century Gothic novels, directed by Sande Shurin, now await the reopening of theatres. The enthusiastic casts continue to rehearse by Zoom. We also plan some staged readings, already cast for this upcoming shortened season.

As a 501c3 non-profit organization, we gratefully accept tax-deductible donations, as we strive to improve our productions artistically and technically. This year, we invested in a new light board, which will provide greater flexibility for modern staging. Contributions from the Villchur Foundation and the Bank of Greene County helped us with this purchase. We welcome your suggestions and contributions as we enter our 57th season.

Stay safe and we look forward to seeing you all as our normal theatre lives resume. Thank you for supporting us and we promise to do our best in supporting you in our mutual love of theatre.

I. The minutes of the previous meeting were read and accepted.

II.
1. The Treasurer’s Report
1. Assets include Certificates of Deposit, Checking and Savings accounts, Paypal,
1. Petty Cash, and the Endowment with the Community Fund.
1. Assets total $126, 248.

The Treasurer’s Report was accepted.

1. President’s Report
1. The productions that have been presented by PAW since the last Biennial Meeting are:
1. Sly Fox
2. Outside Mullingar
3. Breaking the Cods
4. Uncle Vanya

Productions planned for the coming season are:
1. 4 x Ives
1. Arms and the Man
2. The Weir

Our plan is to continue the program of readings that have been successful so far.
We have acquired a second set or audience risers, and a portable sound system, which will increase our flexibility in staging future productions.
We will continue to seek and apply for grants.

1. The Membership Meeting
We have 26 members, therefore 7 members is required for a quorum. There are more than 7 members present, so the election will take place. Andrea Winston will act as our independent ballot counter, as specified in the Bylaws.

A. Revisions of the Bylaws must be approved by a majority of the membership. Two revisions have been proposed:

1. Section 3.02 Membership Classes/Voting
Members of all classifications, who have paid dues at any time during the year before the membership and election meeting held every two years, shall hold voting privileges at such a meeting. Members shall hold voting privileges before any special meetings if they have paid their dues before such special meetings.

A motion was made to accept this proposed change to the Bylaws. The motion
was approved.

2. Section 3.03 Dues
Dues shall be payable at any time during the calendar year, and memberships
shall expire one year following payment of dues, except Life Membership. Paid
members of any one year are eligible to vote at any membership and election meeting held in the fall after that year.

A motion was made to accept this proposed change to the Bylaws. The motion
was approved.

B. The candidate for President was announced: Adele Calcavecchio. She was elected by acclimation.

A motion was made to accept the slate. The Board Members were elected by acclimation.

5. The Meeting was adjourned.